A guy who was passing through the area when we were photographing this mural  shared the history depicted in the mural.  He said that in the past, before they built the stairs and stuff along the river, guys would go out with their nets four times a day to catch salmon. It would then be brought out at a hut at the edge of the river. The mural depicts such a scene. 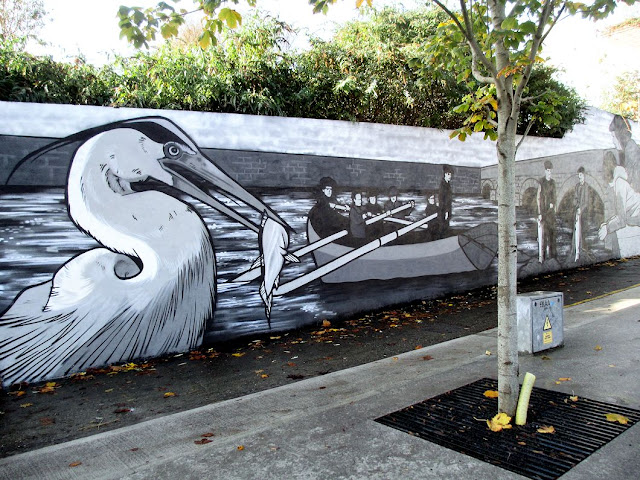 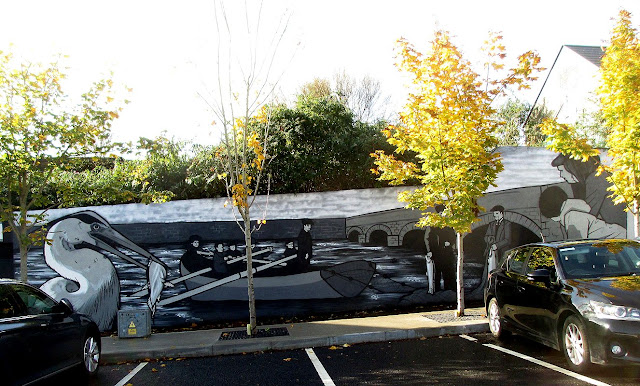 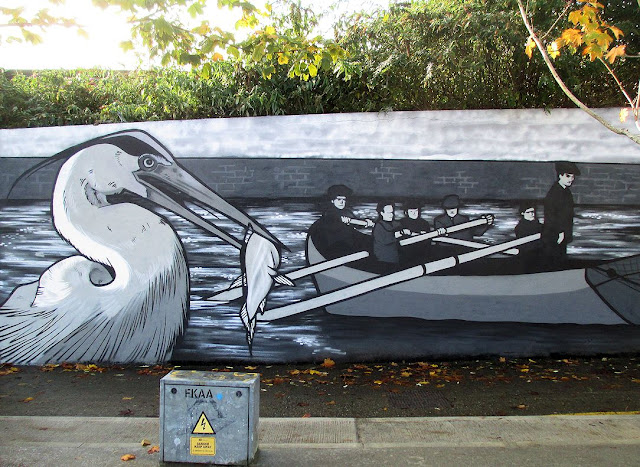 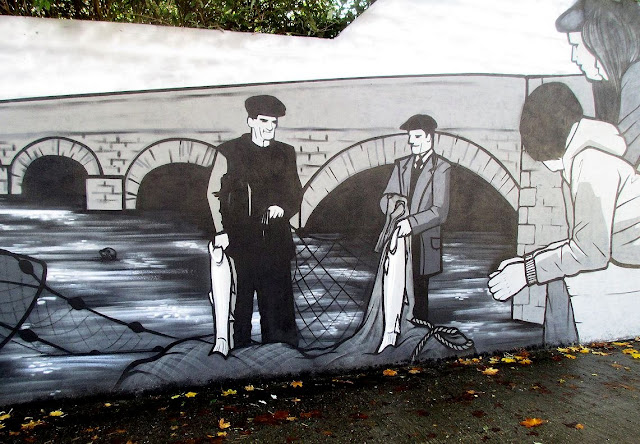 to see other murals from around the globe, visit Sami's Colourfulworld
Posted by bill burke at 9:00 AM