Some info on the graveyard courtesy of the movilleinishowen website:  The modern graveyard site covers the former monastic grounds. The foundation was originally made by St Patrick before he crossed the Foyle and began his missionary work in Co Derry.

Make sure that you read the sign before entering, unfortunately there were no sheep on site when we arrived, needless to say Shari was disappointed. 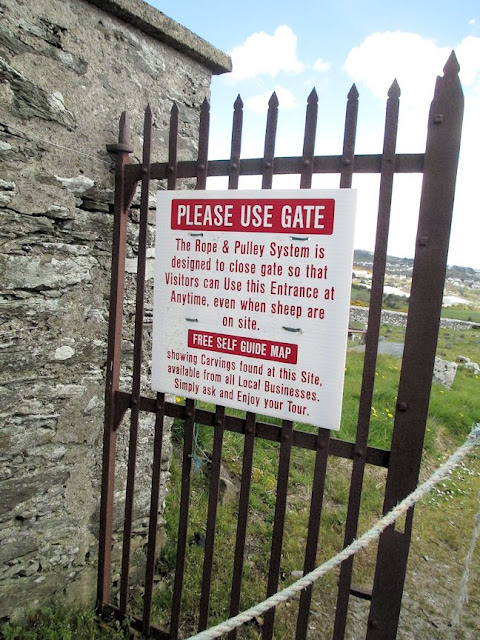 A lot of the headstones through time have lost their engravings and others had their headstones topple over.  Below are two who have weathered the test of time. 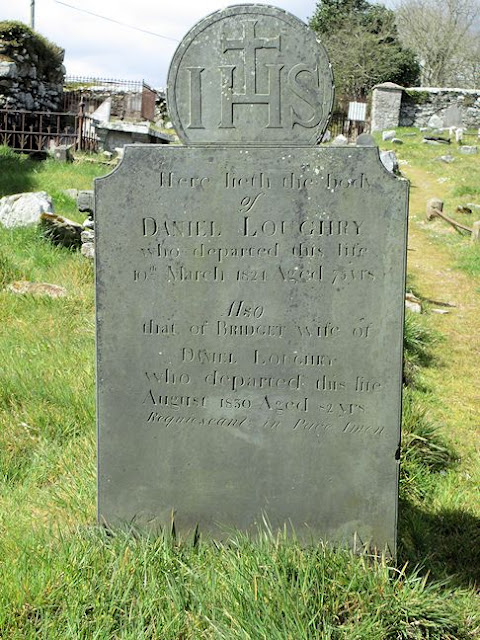 Notice how the engraving is written on this headstone.  Did they shorten the words to fit the space or did they have to pay by the letter, maybe both. 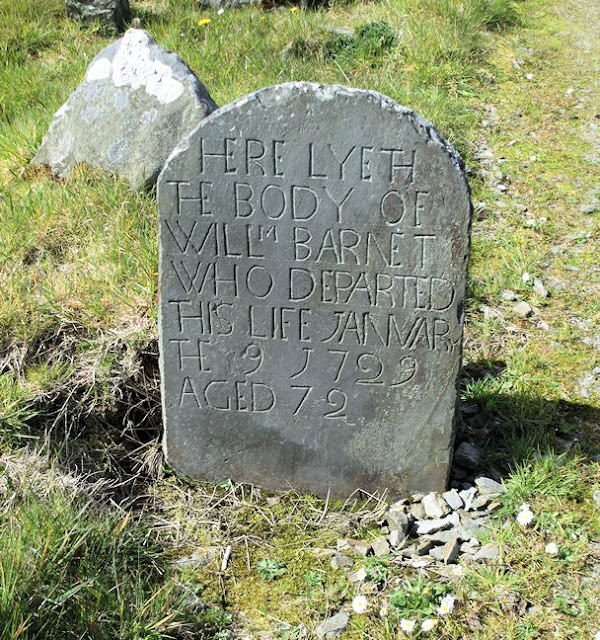 The Skull House a small stone structure with a stone roof closely modeled on the beehive huts or cells of early monks. The interior is dark and windowless, with only a small door and a lintel. Until recently a large quantity of whitened bones could be seen inside. Its earlier use may have been as a storehouse for valuable objects owned by the monastery. 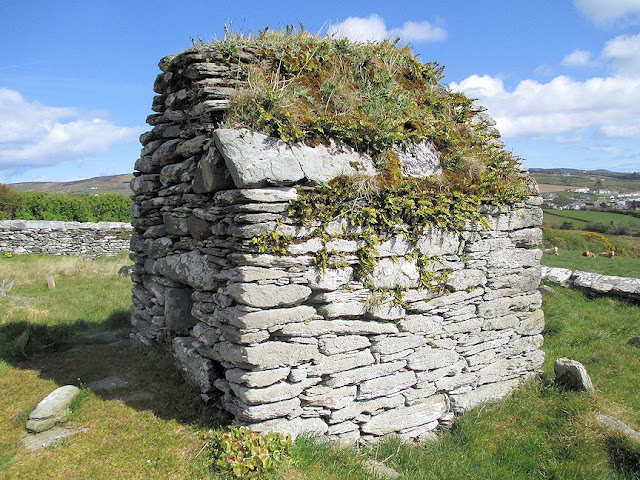 The three photos below are sections of the old monastery that was set up in the 6th century and lasted to at least the 12th century. 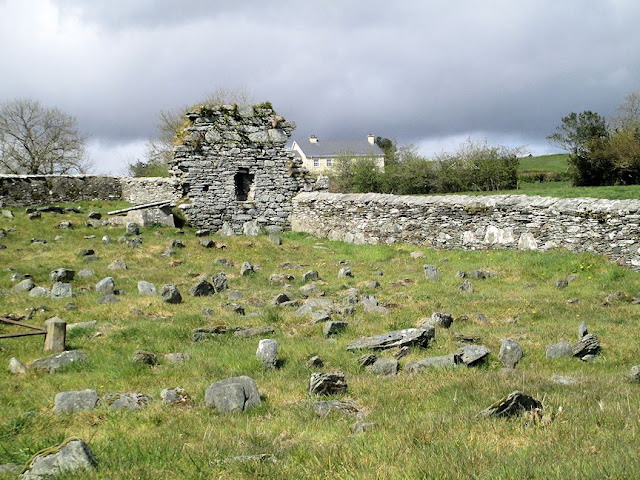 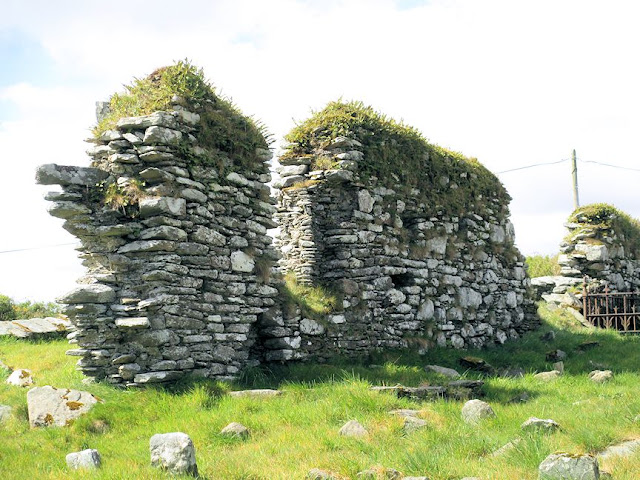 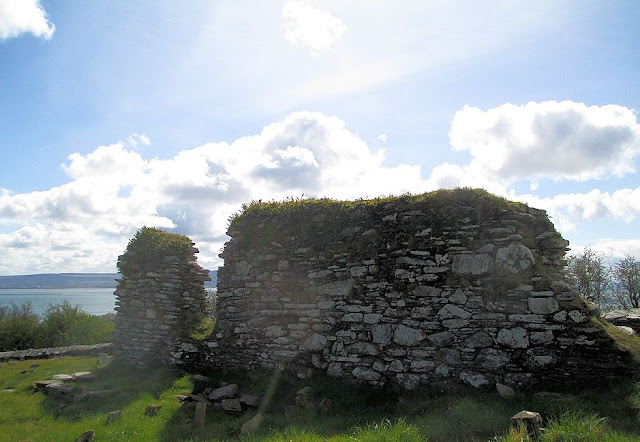 One of the views from the graveyard looking toward Lough Foyle. 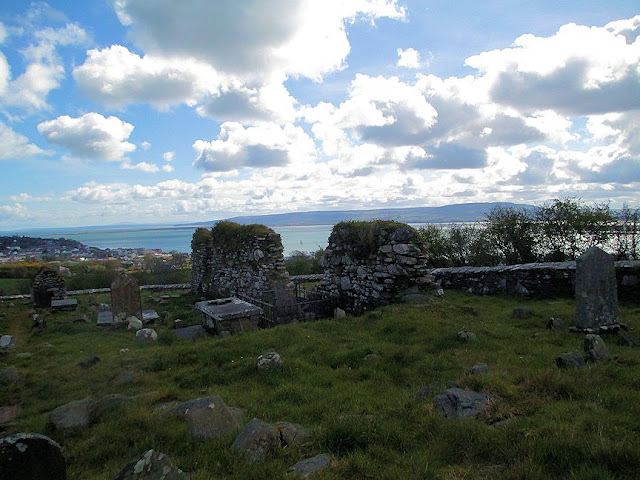 A view looking toward Moville. 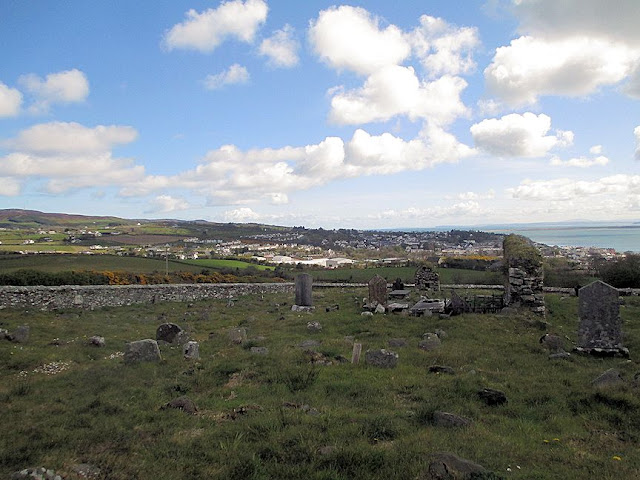 and next to the graveyard are some of the local cows relaxing and keeping an eye on things. 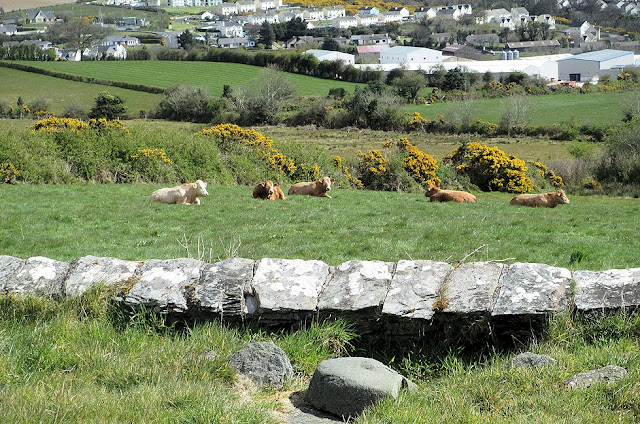