On Monday, the windmills were being delivered and there were no people with signs protesting.  The trial run was not mentioned in the news as such so that is probably why people showed up with their signs.    You can see them approaching the town on the main road.  All three of the lorries made the corner on their first attempt.  There was one hangup though.  In the last two photos, a  vehicle got stuck.  There was a weird noise under the car and it started to smoke.  His wheels were stuck and wouldn't move.  So another vehicle tied him up and towed him off the street.  And that my friends was all the excitement for Monday in the small town called Moville. 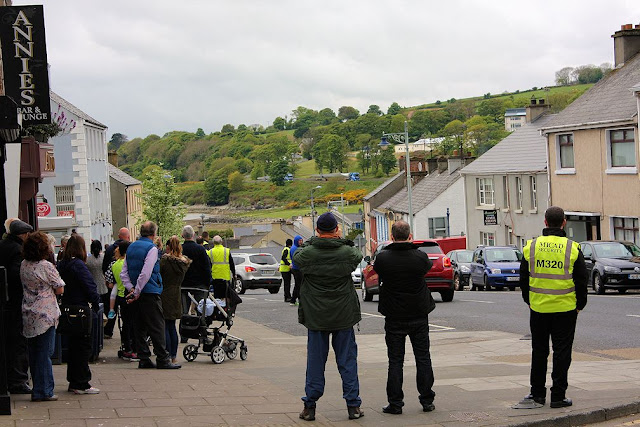 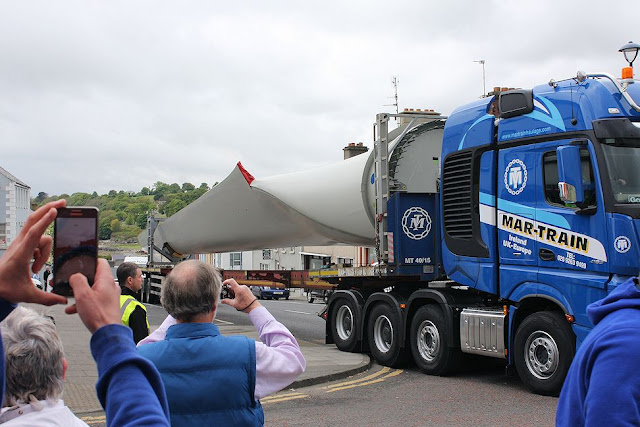 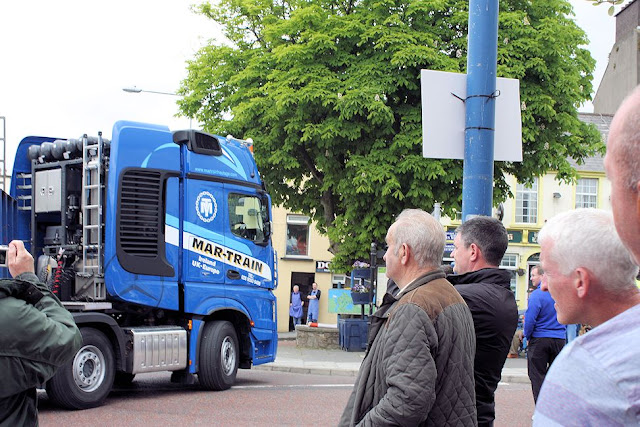 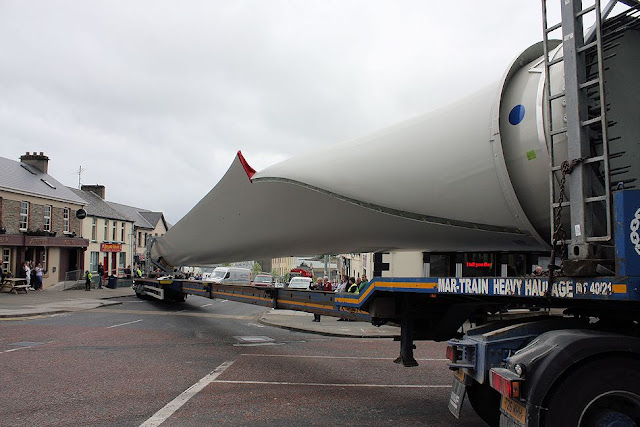 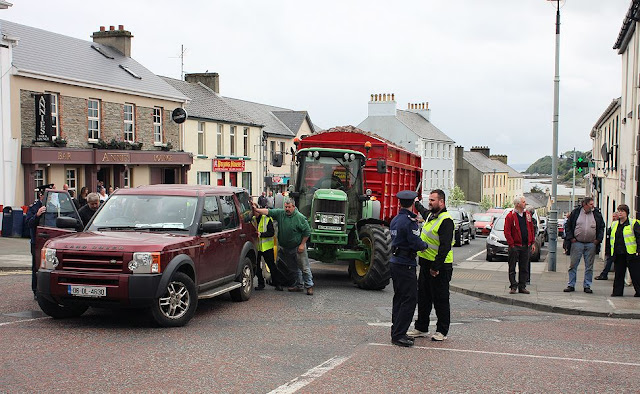 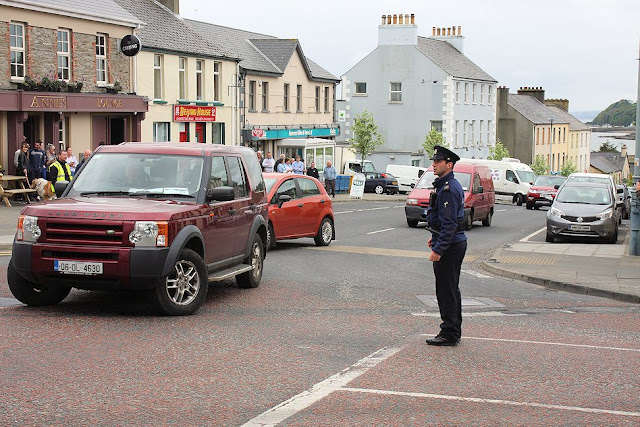