This is the Ark House  and it is located not far from the pier.  The text that is below was found on a Moville brochure which lists the history of some of the old residences in town.

On this site in the 18th century sat an old sailing rig called The Ark.  It was the home of Captain Ramsey while on shore leave  He enjoyed entertaining "on board" with many lavish parties.  It fell into despair and was replaced by the present house with the timbers of the rig being used throughout.  Near the Ark House is the old stone Pier in the mid-1800s Moville saw many sad farewells as people left for Canada and the US from the pier. 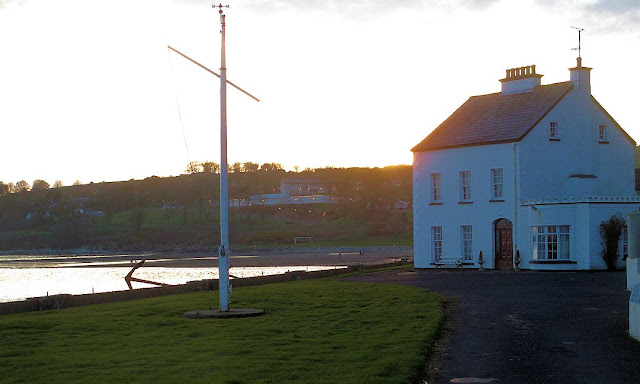 The Moville Pier today, once used as an emigration point, now popular with fishermen and the local rowing club. 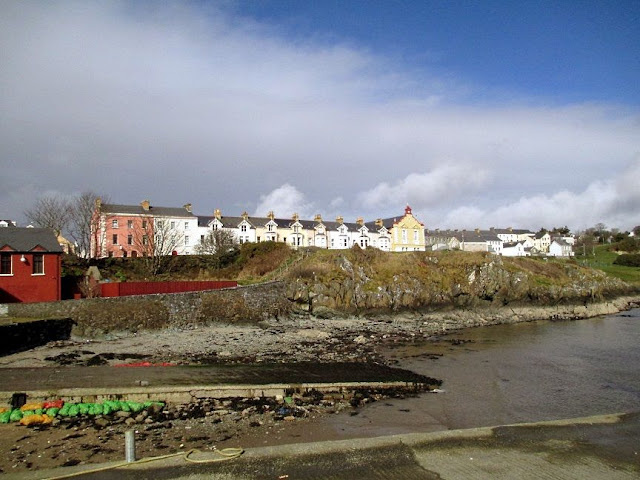