was built in the 1850s.  Its founder. Johndie Sweeney, died in 1909 aged 100. His family played an important part in the history of Dungloe, in the Land League and the later struggles for independence, as well as being successful in a range of businesses.
Info courtesy of the Dungloe Heritage Trail brochure.
The hotel was sold recently and is in the process of being renovated.  Earlier this year, the windows were replaced with new ones.  They just started working on the hotel recently putting up the scaffolding and screening. 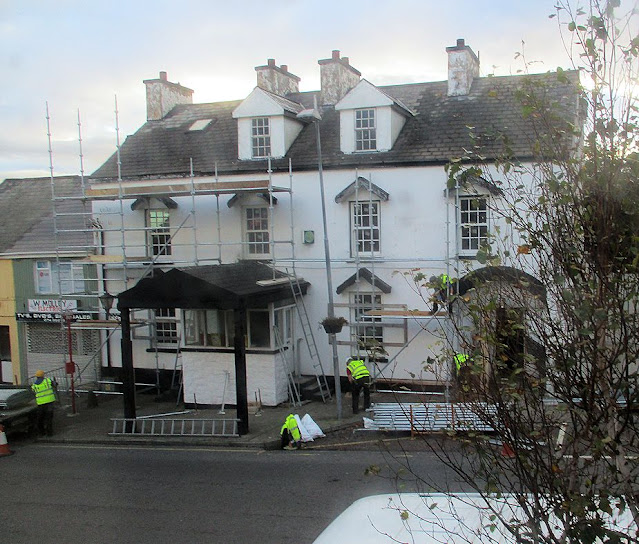 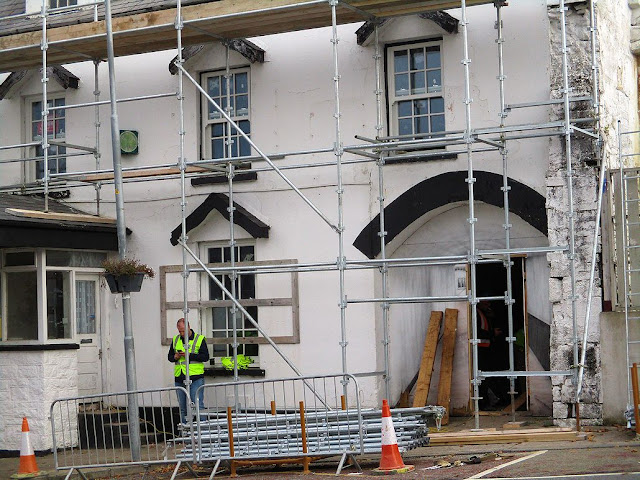 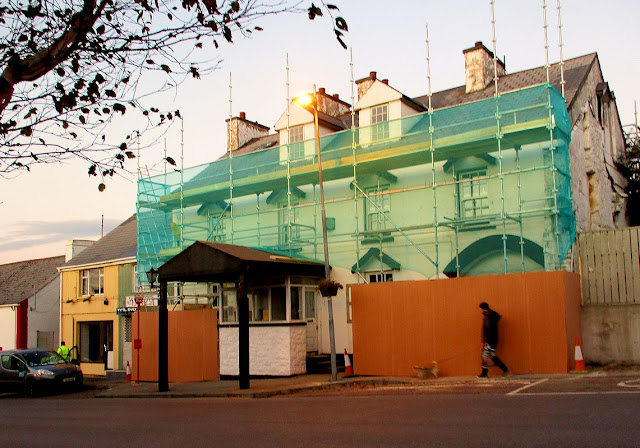 yesterday I received a nice surprise package in the mail from a blogger friend.  It was nice of her to send this.   A bookmark with different language spellings for the word book, a postcard of her town, a writing pen, a coaster with the Brunswick Lion, the best-known landmark in the German city of Braunschweig (Brunswick) and a good luck litte pig.  Very nice indeed! :)  Thanks Iris. 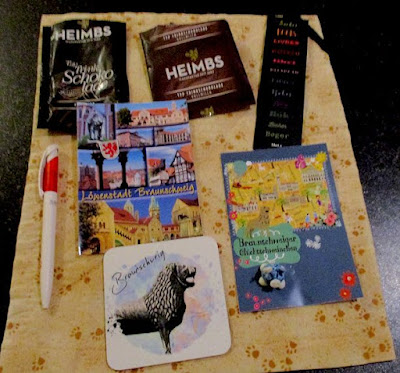