seen from Sky Road, Clifden.   It looks like it belongs in a fairy tale story. 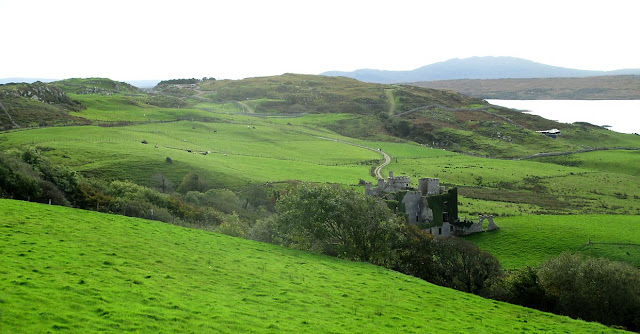 Clifden Castle is a ruined manor house west of the town of Clifden in the Connemara region of County Galway, Ireland. It was built c. 1818 for John D'Arcy, the local landowner, in the Gothic Revival style.  Uninhabited after 1894 it fell into disrepair. In 1935, ownership passed to a group of tenants, who were to own it jointly, and it quickly became a ruin.

Info courtesy of Wikipedia
Posted by Bill at 5:30 AM