This original, unusual statue of Ireland’s national poet William Butler Yeats was unveiled by his son in 1989 to mark the 50th anniversary of the writer’s death.  The statue is located on Stephen Street, Sligo, in front of the Ulster Bank.  Fashioned by Irish sculptor Rohan Gillespie, the statue is distinctive for billowing shape, and its engravings of excerpts from some of Yeats’s best-known poems.
In 2005, the Yeats statue was demolished by a drunk driver who failed to stop for police. It was later restored again and returned to its original site.  (Courtesy of Choose Ireland website) 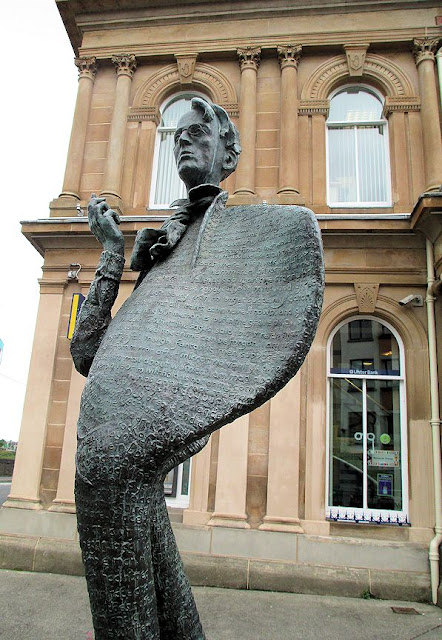 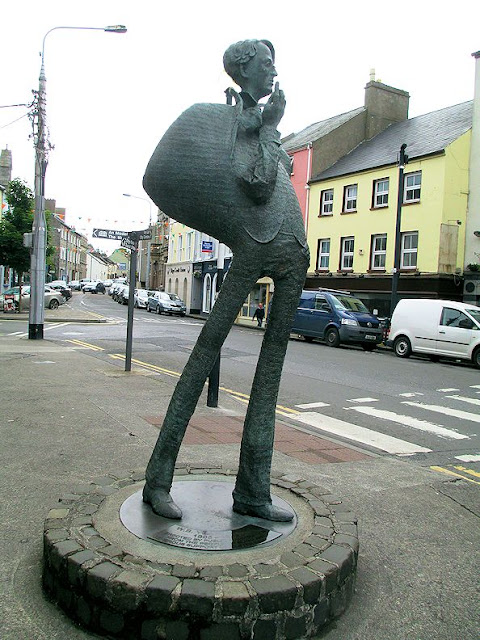