Unfortunately, early in 2017 the building which carried this magnificent painting was deemed to be in a dangerous condition by Sligo County Council, and the building was demolished with little or no notice being given to the general public.  A lot of people were devastated by the demolition of the building, not for the sake of the building itself, but the fact that this wonderful painting had also disappeared.

Then, in the middle of May 2017, a new painting of W. B. Yeats was erected on an adjacent building. Not quite as big or imposing as the original, but equally as welcome an addition to the streetscape of Sligo Town as the painting it had just replaced.

This new painting has also received highly complimentary comments from everyone who has seen it, and I personally think its a fantastic, very life-like, photo-realistic painting of one of Sligo's most important ex-patrons who is now a major attraction in the towns tourist industry.  The painting is the brainchild of Sligo Tidy Towns Committee, who commissioned Nik Purdy to once again paint W.B. Yeats on this building, and to breathe some life and colour into an otherwise drab looking corner of the town.
Courtesy of the Sligo Town website

Which version do you like?
I like this one but the old one was pretty impressive too.  It's too bad you couldn't have both. 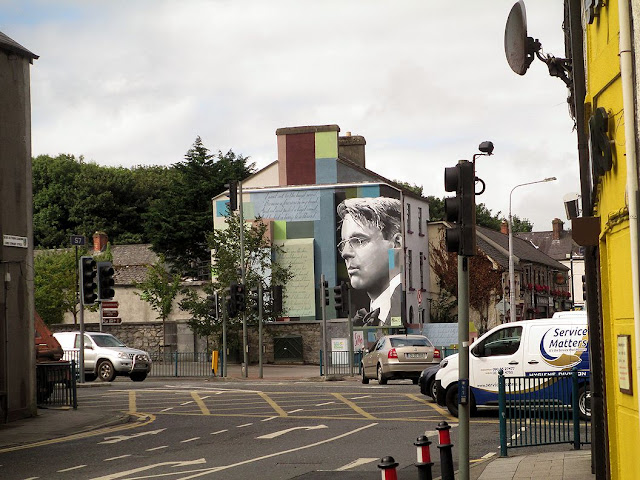 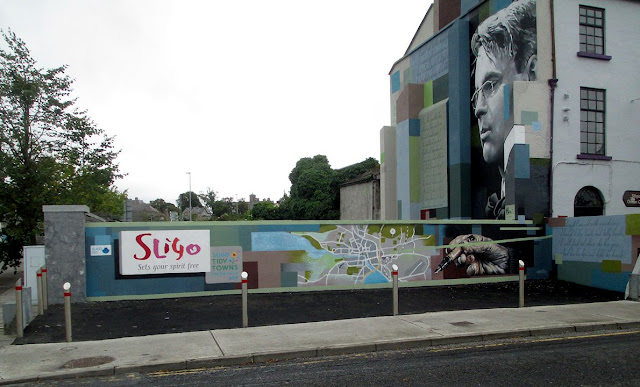 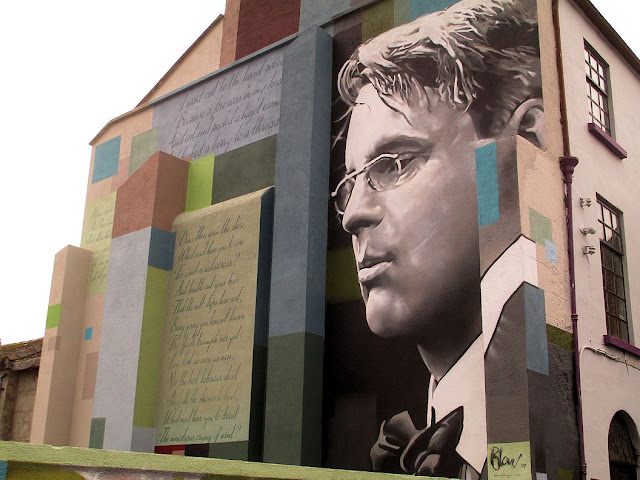 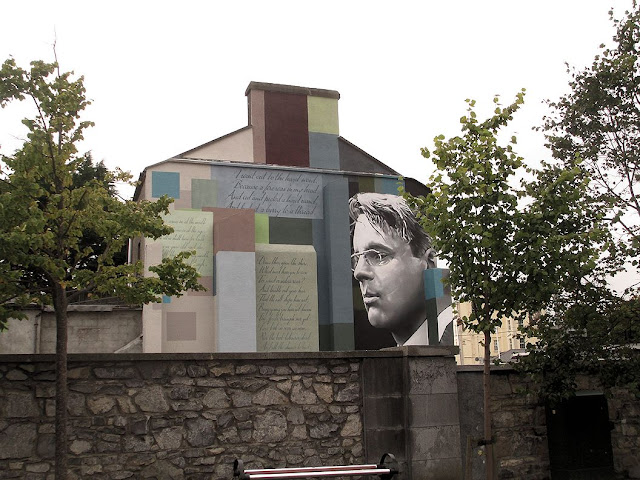