The 7th stop on the Heritage Trail 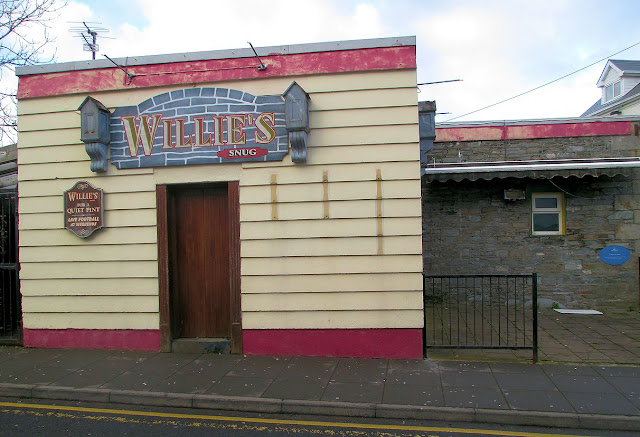 This building was originally a corn and grain store, dating from late 18th century. It was possibly erected by the Nesbitt family, prominent Killybegs planters and was in the ownership of the merchant Blain family for most of the 19th century.  It fronted onto a small river dividing Killybegs town, and ships delivered cargoes of grain directly to the store at high tide. This happened before the present Main Street bridge was built.  The old bridge behind the Corn Store was built in 1757, after which the street was named (at the cost of £9 pounds!).  The store was used by the Government Commissariat to hold Indian meal for distribution during the Great Famine.  Up until 1933 it was in the ownership  of the Spillers & Bakers firm who stored flour to supply the main bakers in the town. The building was originally a storey higher.

Courtesy of the Maritime & Heritage Centre Brochure
Posted by Bill at 1:16 PM