The 10th stop on the heritage trail. 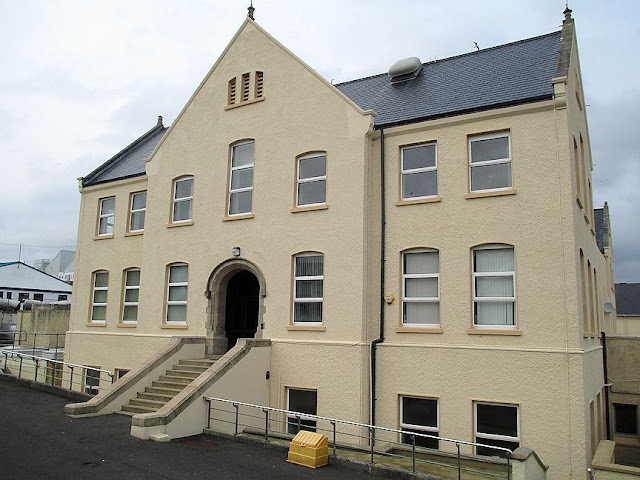 This educational establishment is a training college for the tourism and catering industry.  The building was erected in 1896 as a Marine Industrial School from where the boat building industry
began a few years later.  During World War II the building served as a barracks for the Irish Army, and was later used a refuge for 88 displaced German children.  From 1950 it operated as a
Tuberculosis Sanatorium, and prior to its present function served for a time as Killybegs Hotel and Catering College. 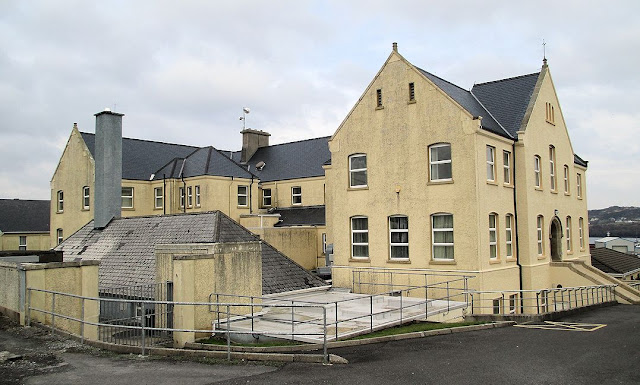