Today it was time to vote.  It was the first time for me since I became a citizen back in 2005.  I got citizenship through descent.  My paternal grandmother was born here in County Galway back in 1870.  I knew she was old, 82 years, when I was born but when I saw what year it was, I was really shocked.  After getting all the necessary paperwork together and sent off to Dublin, I received the congratulatory document saying I was now a citizen of Ireland. 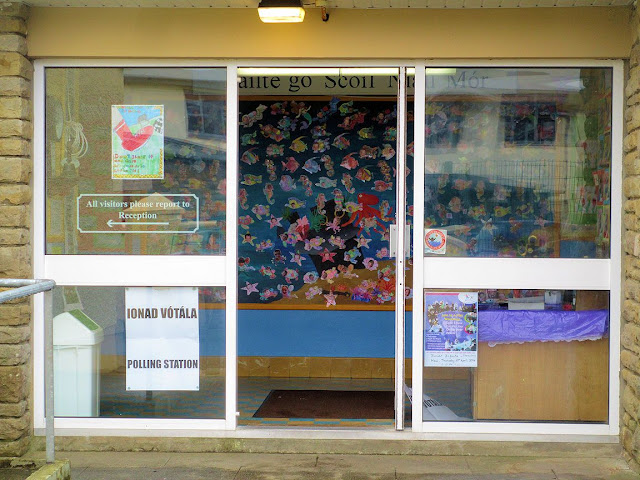 My grandmother never got a chance to vote because Ireland was not a country at that time.  She had come to America around the late 19th century.  At the time of the Rising in 1916, she was in her 50s and settled with a family.  So, it was an honor to vote today with my grandmother in my thoughts.  If only I could sit and talk with her for a bit, I would have lots of questions that I would love to ask.

This is one of the few photos that I have with my grandmother in it.  aunt Margaret is on the left, my grandmother is in the middle and my dad holding me.  I was her first grandchild.  Eventually my two sisters would join our family.  The photo was taken in 1953.