The 6th stop on the heritage trail. 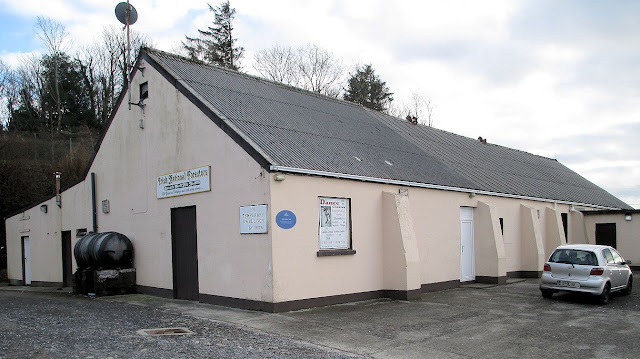 The Foresters were founded in England in post-medieval times and were known as the Ancient Order of Foresters.  The word ‘Foresters’ conjures up visions of Robin Hood the poor man’s friend, the protector of the oppressed, and that is precisely the reason the Foresters came into being.  It was, and still is a mutual aid society, helping fellow Foresters in times of distress or death – very important when there were no State or welfare benefits. This started a world-wide Foresters’ Organisation, spreading to America, Canada, Australia and Ireland.
When the Order came to Ireland, it became the Irish National Foresters and their motto is the same as the parent organisation – ‘Unity, Nationality and Benevolence’. It is non-political, nonsectarian, and does not support, encourage or discriminate against any creed or class.

The Killybegs branch was formed on Sunday 19th August 1906, and was called the Niall Mor Branch. At that time there was no hall, and the branch rented rooms on Bridge Street. The present site was purchased in 1909 for £11.00 and the hall opened for the first time on Monday 1st August 1910. The entertainment for the evening was by J. Dowds’s band and the charge was 5 shillings.  From that time it became the centre of entertainment for the area. Today it still runs as a community centre and a meeting place for many organisations.

Courtesy of the Maritime & Heritage Centre
Posted by Bill at 11:29 AM