in Donegal Town and viewed from the Bank Walk across Donegal Bay.

The ruins of this once stately complex can be found on a scenic parcel of land at the mouth of the Eske River, where it pours into Donegal Bay. Built in 1474 by Hugh O'Donnell, the abbey withstood ransacking, burning and ravaging before it was finally abandoned in the early part of the 17th century. Known locally as "the old abbey", the only recognizable parts of the ruins today are the south transept, choir, and parts of the cloisters. The adjoining graveyard is filled, providing evidence that people were buried here well into the 18th century.
Info from Aransweatersdirect website 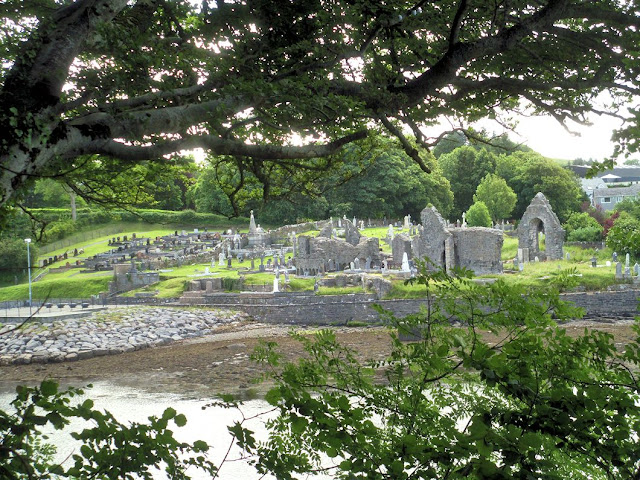 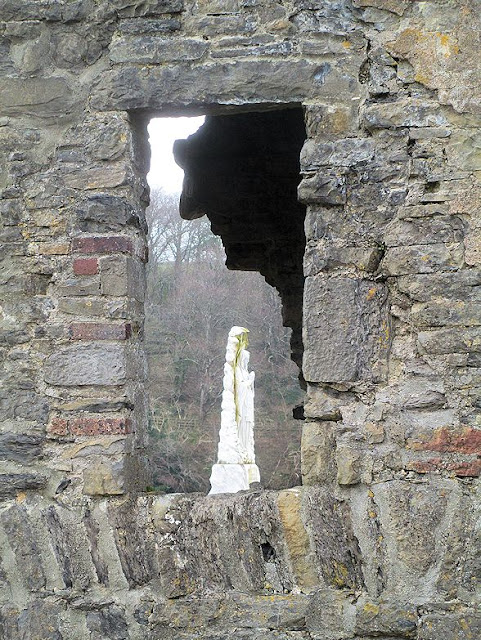 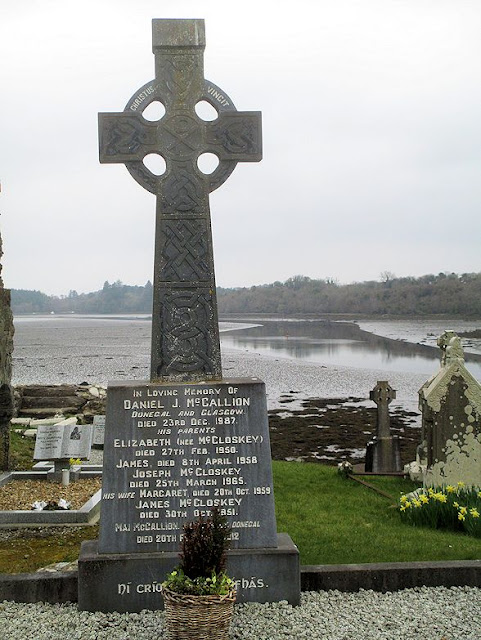 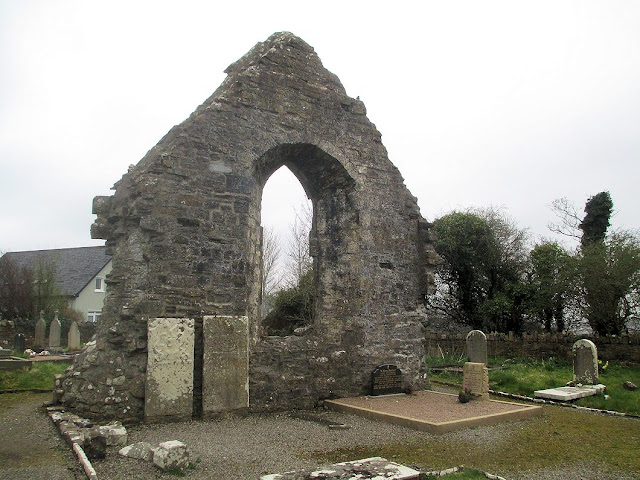 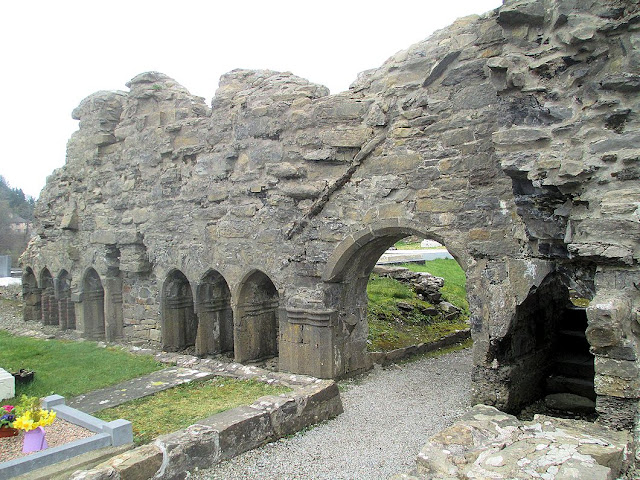