The parade started at 2:30 sharpish.  It was raining and we heard on the radio that a few communities in county Donegal were cancelling their festivities because of rain and gusty winds.  Moville still went ahead with their parade regardless of the rain and wind.  It was a great event in a small rural village, fun for everyone.
I'll be showing more of the parade on Sunday.

a not inflated bouncy castle 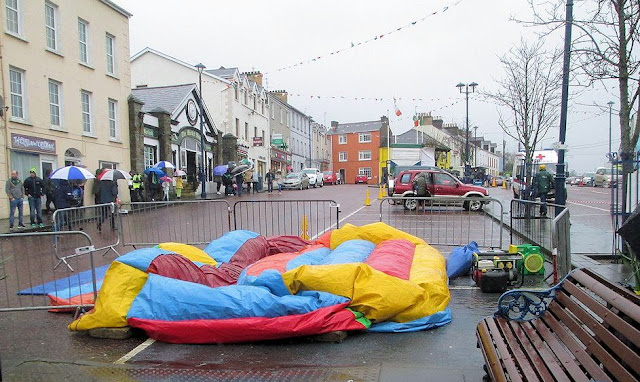 getting ready for the start 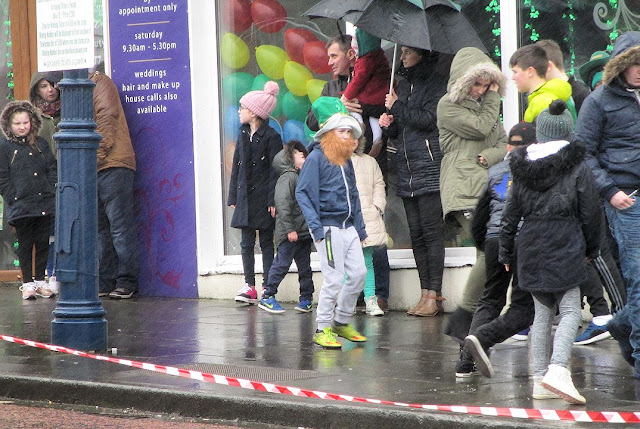 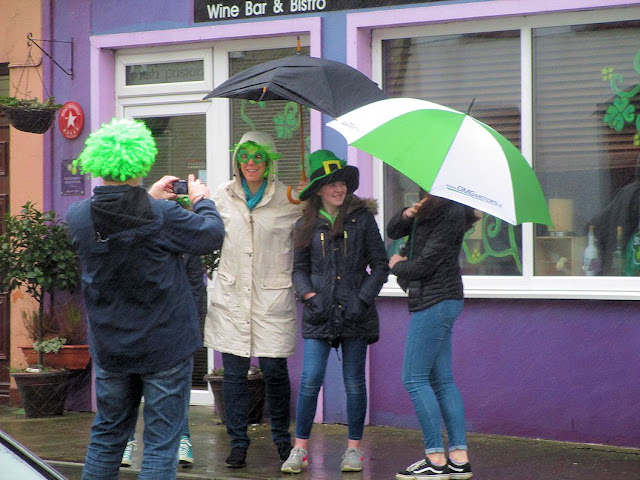 the head of the parade going down malin road 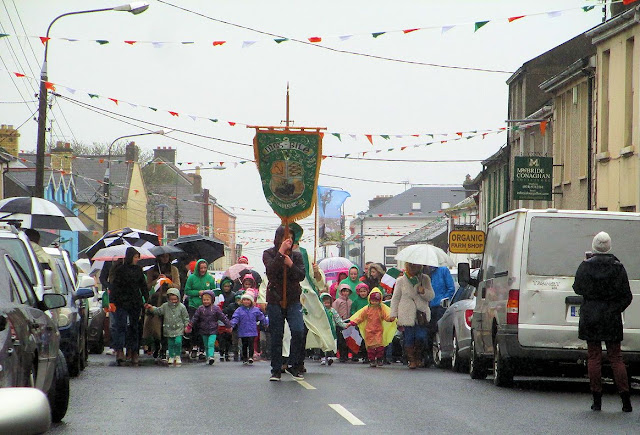 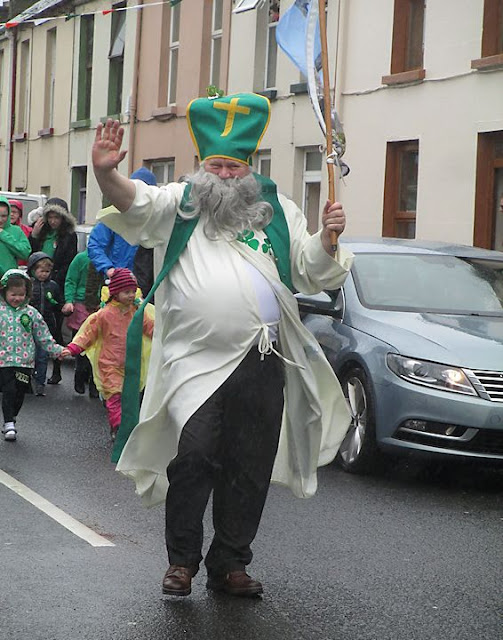 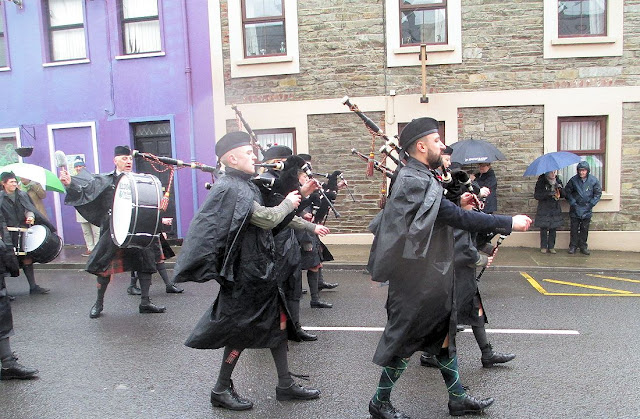 a little humour directed at trump 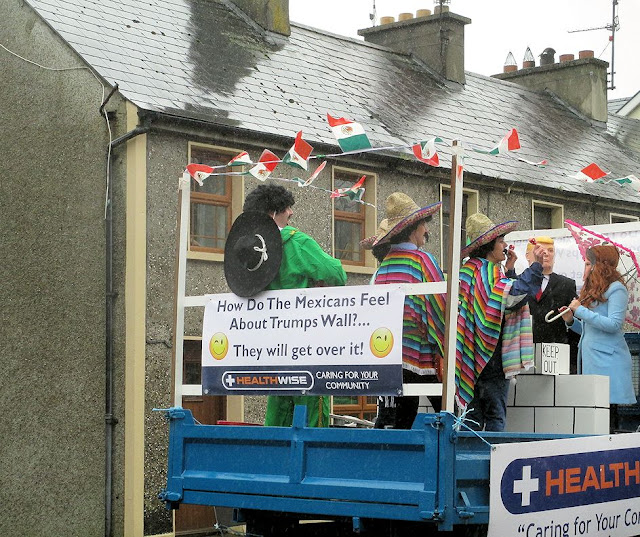 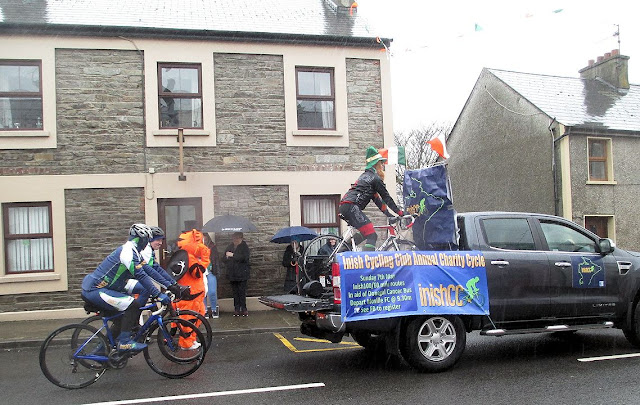 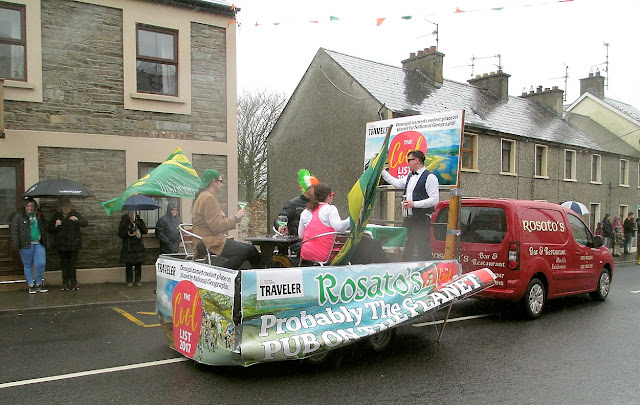 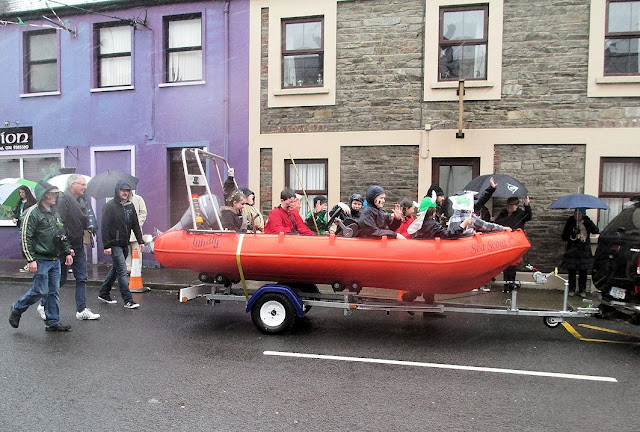 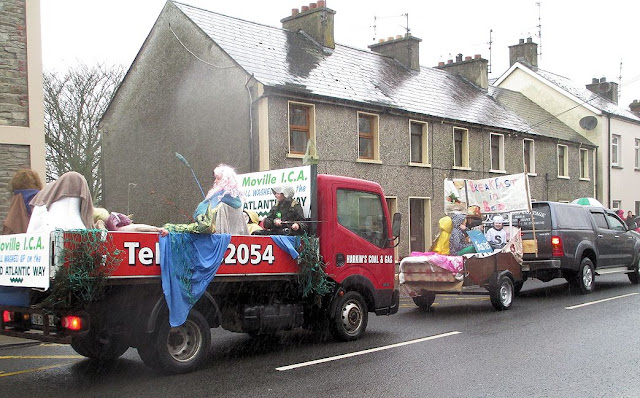