The official opening of the Moville Fire Station was in December 2008.  It houses two fire trucks as you can see inside the door.  I don’t know what the town did before they got this station but they probably had assistance from a nearby town when there was a fire. 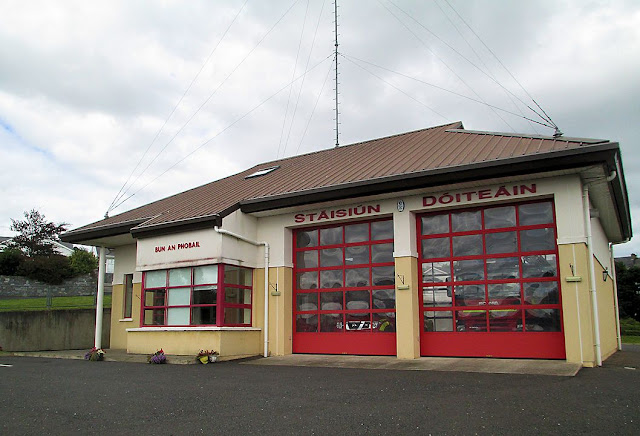 The church in the background is Moville Presbyterian Church.  This photo was taken at a later date than the first one.  The engines just left a few minutes before I came by on my way to Centra, one of our local grocery stores. 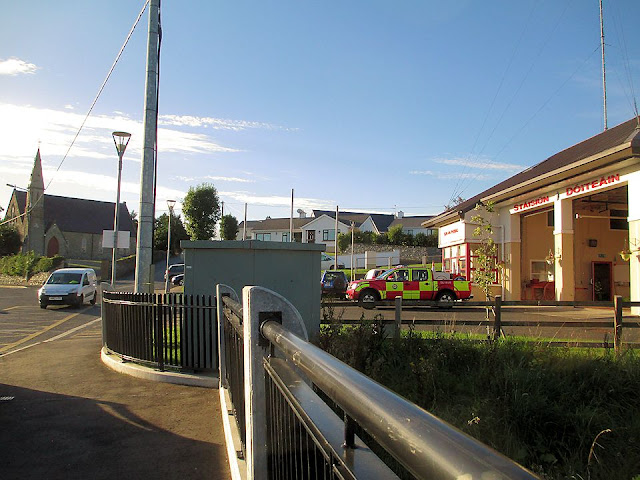